Science of the Saints, 27 February, Saint Procopius of Decapolis 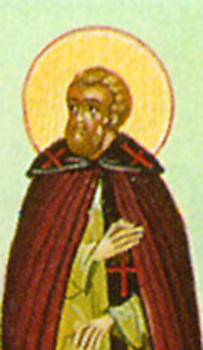 The Monk Procopius of Decapolis lived during the eighth century in the region of Decapolis (Mk. 7:31), to the east of Lake Galilee. And there also he devoted himself to salvation, occupied with monastic deeds.

Saint Procopius, together with his co-ascetic Saint Basil, and others zealous for holy Orthodoxy, rose up against the Iconoclast heresy that had arisen in those times. By order of the emperor Leo the Isaurian (716-741), the Monk Procopius was arrested, subjected to a fierce scourging and thrown into prison. Here he languished together with the Monk Basil until the very death of the oppressive emperor, after which the holy confessors were set free. The Monk Procopius spent the rest of his life peacefully at monastic deeds, guiding many on the way of virtue and salvation. He died in old age, in about the year 750.